Patricio Chipollini: "Four Seasons had to fight nuns for the frescoes of naked goddesses"

In March of this year, the Moscow branch of the Four Seasons network on Manezh Square was visited by Patricio Chipollini, General Manager Four Seasons, who began his career in the hotel business from the position of Lifter and now occupies a place in the municipal council of Florence, along with the mayor of the city. In the magnificent interiors of Moscow Four Seasons, we discussed his life, the future of the tourist and hotel industry, and also talked about two new projects of Four Seasons, created by Patricia specially for readers Blondie in Havana.

– Is not Your first visit to Moscow, right? How often do you have?

– this is the fourth visit. Every time I am here, I have time to do a little more than planning. This time finally got into the Kremlin. I booked an excursion in advance. It was just amazing.

– Tell us about the beginning of your career.

– after graduating from school, at the request of the mother I studied four years in a special hotel school in Tuscany . It was 1969. I was born there in the city of Lucca. All young people then worked in the summer, and she studied in the fall, in winter and spring – but I worked all year round, even on weekends. Started with restaurants, pizzerias, then guesthouses. Then with three-star hotels, and there already reached the four-star and five star. In each category, I worked for two years at least. That is what I always advise the young generation of hotel managers – first look at how three star hotels work.

I always tried to the maximum to explore the hotel business. The hotel is a huge living creature consisting of a variety of complex segments: from laundry and restaurant to administration and spa. If you want to manage this machine correctly, you should know how it works. Why do you need "Ferrari", if it does not work?

At 18 I got to Germany. The main market was at the time German – it was the center of Europe. During the Olympic Games of 1972, I found myself in a tiny town near Hamburg, in which, until recently, in the windows of many German bars hung warnings "Prohibited entrance to dogs and Italian immigrants". I had to go through a full medical examination at the entrance to Germany and drive by bus with a huge company of Turkish ladies.

I learned German and worked there for four months, like mad – woke up at six in the morning, without a single weekend. Finished at four in the morning. E Surroundary hotel life in those years consisted of cabaret, fashionable defile and dancing under the orchestra. In the first week I have so scary swollen legs that they stopped placing in shoes. So I spent several years.

– When and how your career growth began?

– Just when I went to Switzerland, and then to Sardinia, where I met in 1974 with my wife – we still have together. Then fate brought me to Australia, France, England. Almost everywhere I was the main manager – in 20 years I became the youngest Metrotel for the history of Italy, then I worked in Costa Esmeralda in Sardinia. I managed to open a large club in Australia, and I noticed me in Louis Vuitton. O nor opened one of the first boutiques in this country in my club. For a long time I also worked on Prince Aga-Khan – he invested in hotels in Italy. By 1980 I found that we manage the network of 23 five-star hotels.

– How did you start working online Four Seasons?

– I stood at her origins. I made a proposal from which I could not refuse (laughs). I was offered to open and manage the first Four Seasons, in Milan. It was the first real Four Seasons – the one that was on the London Park Lane, nobody called Four Seasons, he was just Inn on The Park .

After five years of work as a manager of this hotel, I decided to go to Florence at the invitation of the owner of a huge Florentine Palazzo. "Patriceio, come, I think here in Florence can arrange the same thing that you did in Milan, even better!". In 1998, I was in Florence, in the palace of the XIII century with a huge park in four hectares and another villa of the XV century. We began to submit projects to the Florence authorities in 2001 and completed the hotel in 2008. Seven years of struggle against the authorities!

– It was from this that our close relationship with Florence began? 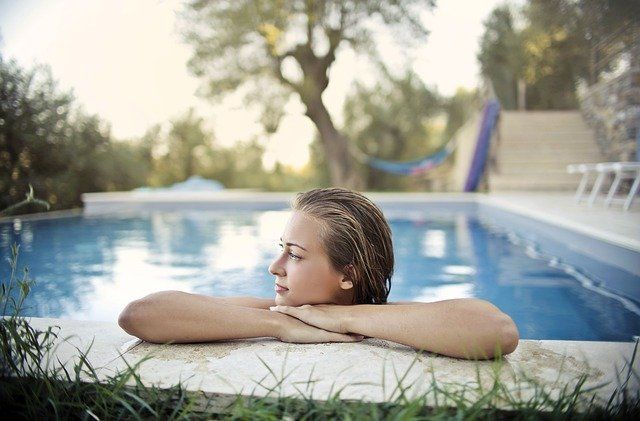 – Exactly. I transported there from Milan the whole family and took the position of the main manager in Florence. Here are nine years old I am in this place. Next year we arrange a huge party.

– What do you think about Moscow Four Seasons?

– It was a huge and complex project. I first visited here in 2000, and we found the solution of all problems only a few years ago. The hotel turned out very modern. At first, I thought they had to integrate the style of a new hotel in the overall design of the building itself, but I bought a lot of books on the design of Soviet interiors in the store and began to understand what . It seems to me that the interior that came from Four Seasons in Moscow, perfectly repeats the classic Soviet architecture style. So the hotel could look in the 1940s.

I just came from St. Petersburg, where the monumental Four Seasons was created – True tribute to the city. I am so glad that this architectural tradition was preserved in St. Petersburg – in the 60s we have almost no good architects. We imported a lot from the USSR. Unfortunately, often the Italians destroyed their cities with new brutalist and modernist buildings.

– But Florence has kept its architectural heritage, not?

– Fortunately. Our Palazzo was built in 1473 for the ruler of the Florentine Republic Lorenzo Di Medici, or, as he was called, magnificent. He ordered work in the most prominent artists of his time – yes Vinci, Donatello, Perugino. The second owner of Palazzo became Pope Clement VII – in the world Julio Medici.

For Palazzo, they chose a strategic position – on the last circle of Florentine walls. There was Lorenzo’s house, where he took visitors diplomats. Inside the Palazzo, unique sculptures and frescoes of Bertoldo di Giovanni, Michelangelo teachers. All this we carefully saved. Inside we staged seventeen different enterprises: bars, restaurants, ballrooms with chandeliers of the seventeenth century.